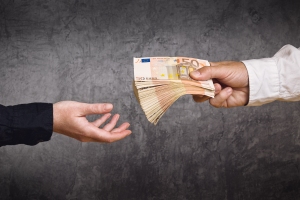 It is commonly misconceived that blogging and social media are regulation-free publishing forums. In fact, most of the laws that apply to traditional publishers apply equally to blogs and, sometimes, social media posts. Particularly important is the prohibition on undisclosed paid promotion in editorial content, also known as “advertorial” or “surreptitious advertising”.

Readers will be familiar with advertorial content in printed publications: it is usually surrounded by a border that marks it apart from proper editorial content and is headed by phrases like “Commercial Feature” or “Advertisement”. Whatever method is used by the publisher to differentiate it from other content, it is usually clear that someone has paid for it to appear.

Marking such content apart is good, ethical editorial practice in the interests of consumer protection. The Advertising Standards Authority of Ireland code of standards requires this:

Advertisement promotions should be designed and presented in such a way that they can easily be distinguished from editorial material.

The ASAI is an industry-run, self regulatory body and can only impose sanctions on its own members. It is sometimes accused of being toothless but most major companies and advertisers tend to comply with its rulings. However, because it is an industry body not backed by legislation and which can impose sanctions on members only, it is commonly believed that there is no specific legal prohibition on this conduct. An article in the Irish Independent earlier this week said:

There are no strict guidelines for bloggers and influencers when featuring sponsored content, but according to the Advertising Standards Authority of Ireland, sponsored online content “must clearly state that the material is a marketing communication”.

This is not the case, failing to identify paid editorial content is a criminal offence.

The relevant law is section 55(1)(q) of the Consumer Protection Act 2007 which states that, among other practices, a trader shall not “use editorial content in the media to promote a product (if a trader has paid for that promotion) if it is not made clear that the promotion is a paid promotion”.

The Consumer Protection Act implements the European Union Unfair Commercial Practices Directive which categorises this type of advertising as conduct that “shall in all circumstances be regarded as unfair“. This means that it is “blacklisted”: no case-by-case assessment is necessary. (Surreptitious advertising on television is prohibited elsewhere by the Television Without Frontiers Directive.) It might not be sufficient to merely identify advertorial with a simple phrase or logo: the Hungarian Competition Authority found that editorial content which included a slogan “Sponsored by Vodafone” was not enough to identify the nature of the arrangement between the publisher and the advertiser.

The prohibtion applies to the “media”, which is not defined but it appears widely accepted that this includes blogs and even social media accounts.  In the UK, for example, the then Office of Fair Trading carried out a targeted campaign some years ago requiring PR companies and celebrities to be transparent about their endorsements. The basis of this clamp down on undisclosed advertising was the UK equivalent of section 55 of the Consumer Protection Act.

The definition of “trader” in the Consumer Protection Act is wide enough to cover both the advertiser and the publisher/blogger and indeed some enforcement action in other Member States has been against both parties. In Ireland, the Competition and Consumer Protection Commission (formerly the National Consumer Agency) can prosecute breaches.

The penalties include a fine of up to €4,000 on summary conviction (or €60,000 on indictment) and/or jail. The Act provides for increased fines on subsequent conviction and daily fines if the conduct continues after conviction. The Irish courts tend not to impose significant fines for consumer law breaches of this nature and anyone prosecuted for such an offence in Ireland is likely to face a fine in the hundreds of euros if convicted or could benefit from an alternative to conviction (certainly for a first offence). Consumers can also bring an action for damages, though it might be difficult to establish loss.

It seems unlikely that the Commission will become active in this area unless it receives complaints. However, anyone can apply directly to the Circuit Court or the High Court for an order to stop someone who is in contravention of the prohibition, perhaps making private enforcement by competitors more likely than by the Commission.

Restrictive rules on advertising by solicitors contain important exemptions to protect the right of solicitors to comment on legal and other issues. Is the Law Society interpreting the rules in a way would restrict those exemptions and increase their oversight of comment by solicitors?

Advertising by solicitors is very tightly restricted by the law and regulated by the Law Society of Ireland. I have written about some of the restrictions before. Most of the rules regulate the tone of advertising; what might be termed “ambulance chasing” through advertising, for example, is not possible in Ireland. None of the UK-style personal injury ads you might see on daytime television are possible in Ireland. Even this, quite mild and professional, form of ad would most likely result in trouble for an Irish solicitor daring to upload it.

The Irish rules may or may not be a good way to regulate advertising by lawyers. They do, at the very least, clash with the demand that the professions be more competitive. But the rules do recognise a very important exemption: comment. Exemptions are included in the Solicitors Advertising Regulations that should ensure no overreach in their application that would regulate or prohibit genuine comment.

This is quite a large exemption and obviously seeks to make a distinction between traditional advertising and, for example, news updates or comment. If a communication by a solicitor is primarily intended to give information on the law it is not an advertisement, is not governed by the extensive rules and restrictions contained in the Regulations and, importantly, is not subject to oversight by the Law Society. That oversight is significant: a breach of the Regulations is a disciplinary matter which can potentially have serious consequences for the solicitor involved.

One catch-all provision in the Regulations, for example, prohibits an advertisement which is likely to bring the solicitors’ profession into disrepute. It is quite difficult to know precisely what is covered by that prohibition (the Law Society does not publish decisions made under the Regulations) but it is quite easy to envisage an individual or organisation who dislikes a communication from someone who happens to be a solicitor making a complaint to the Society under this heading of the Regulations.

Last Friday the Law Society published a surprising practice note on advertising. The headine refers to legal advice columns, so you might think it applies only to regular pieces in local papers where readers send in questions, for example. It suggests that where the solicitor is paying to have the column appear or is simply reproducing the content, the exemption does not apply and the column might be an advertisement. This is fair enough: such a column should be identified as advertorial or a commercial feature by the publisher. In fact, paying for editorial content to appear in a newspaper without making it clear to readers that it is a paid feature is a criminal offence for all businesses, not just solicitors.

However, the practice note makes a number of significant leaps when interpreting the Regulations. It refers to an exemption “set down in regulation 12” and refers to the contents of regulation 12 as being a test. In fact, the exemption is contained in the definition of “advertisement” in regulation 2(a). Regulation 12(a) adds to or gives examples of the exemption, it does not limit it.  Paragraphs (b) and (c) do limit the exemption by clarifying that the distribution of free legal books may, for example, constitute advertising even though the publication might be information on the law.

The danger in this practice note, which one must assume the Law Society will apply in interpreting the Regulations, is that it sets a far more restrictive scope to the comment exemption in the Regulations. The paid advice column is not a difficulty, but many solicitors now publish blogs, for example, and some pay to do so. Many solicitors have websites which may constitute advertising in their entirety or may include information on the law but either way are likely to be paid for by the solicitor.

Where an article does not satisfy this test, that is, if it has been paid for by or on behalf of the solicitor, or where it has enjoyed repeated publication, the article is subject to the regulations in the normal way.

I do not accept this. Rather, the article might be subject to the Regulations. This blog is published using WordPress.com who I pay for mapping a domain name to it. Is it a series of legal articles written by me where part of the space in which it is published is paid for by me? Possibly, depending on your view of domain name mapping to a free blogging platform and whether the former constitutes “space” in which the blog is published. Is it an advertisement? Certainly not. It is not intended to be and it constitutes information on the law.

Regulation 12 is not a “test” of whether or not a communication by a solicitor is commercial or non-commercial. The test is in the definition of “advertisement” itself. The practice note is, perhaps inadvertently, further evidence of how the the Regulations are out of date. These anachronistic advertising rules do not appropriately accommodate or regulate blogging, social media or other contemporary means of communication.

The Regulations are already the subject of infringement proceedings by the European Commission who allege that they breach the Services Directive, which required that Member States ease restrictions on advertising by professionals. Despite this, the Law Society has recently been publishing practice notes which reinforce the existing Regulations and present to solicitors an interpretation of them more restrictive than the Regulations themselves. Complete reform of the the Regulations is long overdue.

Please read the disclaimer and notes.