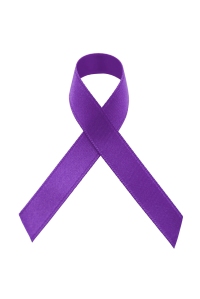 It has taken almost 20 years but the Government is finally to close the anonymity gap in domestic violence cases. I wrote about the issue in 2012.

Like all family law cases in Ireland, domestic violence applications are held in camera and the public is excluded from the courtroom. However, if a domestic violence order is breached, a criminal prosecution is brought and held in public. Anyone can attend the hearing and the media can report on it.

The reason for my post three years ago was that I had written to then Minister for Justice Alan Shatter to ask if this loophole would be changed. His response was that a miscellaneous provisions bill would change the law to provide for anonymity in domestic violence prosecutions.

Since then there has been a change of minister and a change of approach. Frances Fitzgerald recently published draft legislation which will, if passed, consolidate and amend the existing Domestic Violence Act.

This legislation would protect the anonymity of victims in much the same way as victims of sexual offences are protected. Prosecutions for breach of domestic violence orders would still take place in open court but the media would be restricted from identifying the parties (including their children) and will be guilty of an offence if they do identify the parties.

The draft does not mention a right of a victim to waive anonymity following conviction of the offender. It does say that the judge may, if the “interests of justice so require”, direct that certain information can be published and this does appear to provide for the possibility of a victim requesting the judge to direct the publication of the defendant’s name but the decision would rest with the judge.

This small amendment is one that is overdue for victims of domestic violence. However, the fact that the legislation is only at heads of bill (draft) stage suggests that it may take some time to be passed and is unlikely to become law during the lifetime of the current Dáil.

Join 5,185 other followers
Please read the disclaimer and notes.