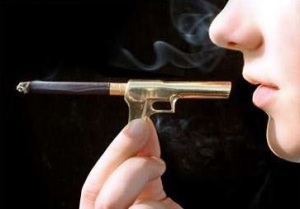 The controversy over plain packaging rumbles on and the campaign by the tobacco industry against new packaging laws has stepped up a gear now that the English Government has edged closer to introducing a law like the one proposed by the Irish Government. The industry has always threatened to challenge these laws and it appears likely they will. The last Minister for Health was adamant that the law be introduced. I do not know the attitude of Leo Varadkar, the new Minister for Health, to the Bill.

My specific interest, which I wrote about before, was the involvement of solicitors in opposing the proposed law. The law would, according to the Law Society, be an attack on intellectual property and would damage our international reputation. Both are questionable arguments but the Law Society is not alone in having these views: it is joined by the major tobacco companies, who made submissions to the Oireachtas in almost identical terms.

While I am of the opinion that the plain packaging issue is not one of any significant importance to the legal profession or the Law Society, my main concern is that the submission document disclosed no relevant interests on the part of the Law Society Intellectual Property Law Committee that drafted them. In fact, it didn’t name the authors or the Committee members.

I had a number of communications with the President of the Law Society about the issue and he ultimately wrote to me, characterising my comments as amounting to a view that a member of the IP committee of the Law Society had engaged in “highly improper conduct of acting in a conflict of interest situation”. I made no such allegation.

On a preliminary, technical, note: the committee members were not, to my knowledge, “acting” for anyone when they were formulating their submissions. A solicitor’s involvement with a Law Society committee is an unpaid role and is not carried out on behalf of specific clients. It is a means by which the solicitor with expert knowledge shares that knowledge to benefit the Society and others.

My view is that where the Law Society and its committees engage in lobbying relevant interests should be disclosed, as should be the case when anyone engages in lobbying. In this particular instance, I would expect that a submission by the IP Committee would disclose in the document itself who its members are and what members act for tobacco companies, the Health Service Executive, the Irish Cancer Society or any other interested party.

Expecting the disclosure of interests is not a revolutionary idea: it should be the bare minimum standard the Law Society holds itself to.

By interpreting my concerns as he did, the President decided that he was of the view that I was, in fact, making “a serious complaint about the conduct of a solicitor.” Not correct: I was making a complaint about the apparent lack of procedures in Law Society committees when lobbying on proposed legislation. Plain packaging was a current example but the issue is much larger.

But by deciding that my concerns were a misconduct complaint the President could then conclude that it would be improper for him to become involved and instead deflect my comments to the Registrar of Solicitors. The President was telling me to make a regulatory complaint against another solicitor. I had no intention of doing so and I had not alleged a breach of conduct, the Solicitors Acts or anything of that nature.

The situation therefore appears to be that the Law Society, as an organisation of its members, is not willing to consider observations from those members about conflicts of interest policies for committees. Instead, issues which arise should be raised as misconduct complaints (which are, obviously, very serious). It is a bizarre attitude to take which muddies the waters between two separate spheres of the profession: client work and the activities of a representative professional organisation.

The Law Society has countered criticism of the plain packaging debacle by insisting that it is not a “front” for the tobacco industry. The President wrote that such ideas were “conspiracy theories” which were “without foundation”. I had not, however, suggested a conspiracy of tobacco companies and their solicitors.  That is not the issue: basic principles of transparency are what members of the Society, and the wider public affected by its actions, should require.

Solicitors represent the interests of their clients, whatever the activities of their clients may be. That is their job. But it is difficult to see why solicitors advocating a particular view on the law, under the banner of the entire profession, cannot include a footnote to disclose whether or not they might act for people or organisations with a direct interest in the outcome. Should the Society not hold itself to that standard?

I wrote in May about the problems which have arisen for third parties claiming against Setanta, which is now in liquidation. A strange series of events unfolded which involved the Minister for Finance, who is not responsible for the Motor Insurers’ Bureau of Ireland, stating in the Dáil that the MIBI had “indicated” that they would cover third party Setanta claims.

The Minister gave no detail and did not say who the MIBI had given this indication to. The Irish Brokers Association circulated a briefing paper to its members which, in 6 pages, said effectively the same thing as the Minister for Finance but which appears to have been based on the assurance given by him in the Dáil.

I understand that the MIBI considers that it has no liability in instances where an alleged offending vehicle was insured at the time of the accident and that it has never previously been involved when a valid policy of insurance was in place.

The MIBI has now obtained the legal advice which supports this position:

the MIBI Agreement (2009) does not require the MIBI to satisfy awards against drivers covered by a policy of insurance where the insurer is unable to pay all or part of an award due to insolvency.

That clarifies the MIBI’s position but it does not mean that the position is correct. Importantly, it leaves third party claimants pursing claims against a liquidator in the eventual hope of being paid in full, which is unlikely, or claiming against the Insurance Compensation Fund, which is subject to a cap of 65% of the value of the claim or €825,000 (whichever is lower). Of course, the MIBI’s position is based on its own opinion and legal advice and it remains to be seen whether any injured party will challenge that position.

Join 5,185 other subscribers
Please read the disclaimer and notes.